€150,000 compensation awarded to girl who was attacked by dog 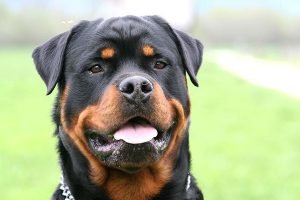 A recent ruling by the High Court has approved an award to a twelve year old schoolgirl who was attacked by a Rottweiler dog and suffered severe injuries to her arm.

The schoolgirl, Lauren Kelly was ‘thrown around like a ragdoll‘ in an attack by a dog the court was told. Mr Justice Kevin Cross heard that Lauren’s mother, Marcella Kelly, witnessed the attack which took place on St. Stephen’s Day 2011. Lauren was only nine years old when the dog which was out on the road attacked and mauled her. Her mother ran to her assistance and threw herself on top of her child in order to try and protect her.

CLAIM MADE AGAINST DOG OWNER

A claim was brought on Lauren’s behalf against the owner of the dog. It was alleged in the case that the owner of the dog had allowed it to escape or stray on the road and that no steps were taken to ensure that dog did not escape by jumping over a wall. While the claims were denied, a settlement offer was made which was approved by the court. The court also heard that Lauren had 26 puncture wounds and multiple injuries to her right upper arm and down her shoulder. She had to spend a month in hospital following the attack. She has been left with significant scarring.

CLAIMS ON BEHALF OF CHILDREN

At Carmody Moran Solicitors we have many years of experience of dealing with claims involving children and involving claims arising from attacks by dogs on both adults and children.

From our experience the majority of the claims which we have brought arising from dog attacks involve children who usually do not see dogs as being the same level of threat as an adult would.

Claims involving children also are always subject to the approval of the court where an offer of settlement has been made. It is within the court’s powers to accept or reject any offer of settlement that is made by a defendant. If the court does not feel that the compensation which is being offered is sufficient taking into account the nature of the injuries sustained and whether liability is accepted or not, then it will reject the offer. In Lauren’s case, the Court obviously felt that the sum of €150,000 was a reasonable offer to compensate her for her injuries. Once the Order is made, the monies are then paid into a Court Administered Account until Lauren reaches the age of 18 years of age although it is possible to apply to the court to have certain monies paid out if they are for education or re-imbursement of expenses purposes.

If you are affected by any of the issues here or you would like further advices in relation to claims either involving children or involving attacks by animals in general please do not hesitate to contact one of our solicitors at 01-8272888 who will be able to discuss this with you and offer you expert advice. You can also use the contact form here.