€10,000 compensation claim for child who cut finger in Debenhams 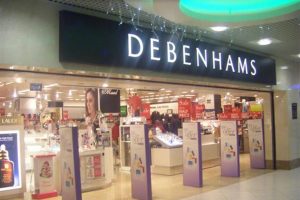 A six year old girl who caught her finger in a metal grill in a fridge in Debenhams has recently had her case ruled by Judge Groarke, the President on the Circuit Court.

The Judge was advised that in March 2011, Naoise Walsh was removing a drink container from a fridge in the shop when her finger became caught on a metal grill. She removed her finger from the grill, but it cut her finger causing it to bleed profusely. She had to be taken by ambulance to Temple Street Children’s Hospital where the wound was dealt with. The following day an examination of the wound was carried out under general anaesthetic in the hospital which confirmed no tendon damage. She was discharged that day from hospital. The Court was told that she made a good recovery after this. Because Naoise was under eighteen (referred to as a minor) the settlement offer had to be approved (referred to as a Ruling) by the Court. Also, Naoise could not take the case in her own name and sued through her mother, Amy Walsh.

When a child has an accident, it is normal for them to sue through what is referred to as a next friend – usually a parent, another relative or a person in authority close to the child. Unlike in adult cases involving personal injury, a case involving a minor cannot just be settled by the parties to the case or their lawyers. It must go before a judge so that the judge can satisfy him or herself that the offer is in line with what would normally be offered for similar injuries to an adult also taking to account the fact that liability may be an issue between the parties. When the matter is being ruled before a judge only the child’s own lawyers and next friend are allowed into the court. The other side are excluded so that a ‘warts-and-all’ presentation of the case can be given to the judge in order to accurately assess the level of the offer in light of specific circumstances of the case. The judge can then decide whether or not the offer that was made is sufficient in the circumstances. It is not unusual for a judge to refuse to rule a case that is presented before him/her if they think that the offer it too low. In this scenario, he/she will advise the child’s representatives to go back to the other side to negotiate further.

Once a settlement is ruled by a judge, the defence have usually within 28 days to lodge the money into a specially operated court account. If they do not make the payment within 28 days the matter is called back in before the court again so that the defendant can explain why the Order of the Court has not been complied with whereupon the court can order interest and additional costs to be paid. Once the monies are lodged in court they then stay there until the child reaches 18 years of age. Interim payments can be made following a court application and if the court feels that it is in the interests of the child to make an interim payment.

At Carmody Moran Solicitors we have years of experience of handling cases on behalf of children and advising their parents/guardians of the best way forward. It is important that correct procedures are followed and we regularly guide parents or guardians of minors through the process of claiming for compensation for injury on behalf of children. For more information or to speak to a solicitor contact us here.