Crazy Cat Coughs up Compo after Attack on Neighbour 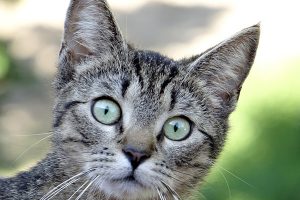 Recently I was stopped in my tracks when reading the court reports in national newspapers about a woman, Ms Maureen O’Hagan who recently sued her neighbours after she was attacked by their pet cat.

Ms O’Hagan claimed that the cat had a ‘mischievous and abnormal nature’ which the owners of the cat, the Olsten family, knew about and yet had failed to properly train or keep the cat muzzled.

I have written here previously about attacks on people by dogs and about how the injured party can and does have recourse to seek compensation for their injuries against the owner of the dog (assuming the owner is identified). Indeed we have acted for many people who have been so injured by uncontrolled and sometime vicious breeds of dogs but never had such a case involving a pussy cat! While I have great sympathy for Ms O’Hagan who received a bite to her hand, and while ultimately, the case was not decided on by a judge but rather ‘settled’ on unknown terms before the case ran to hearing, I do also have sympathy for the Olstens. As somebody who has owned cats in the past, I know full well how almost impossible it is to get them to do anything or indeed to know from one moment to the next how the cat will react.

What I found most intriguing about this case was the fact that it was alleged against the cat owners that they had failed to properly train their cat (the expression, herding cats comes to mind!) or to keep it muzzled. I was completely unaware that a cat could even be muzzled! However a quick Google search reveals there are such devices available on, you guessed it, ebay. 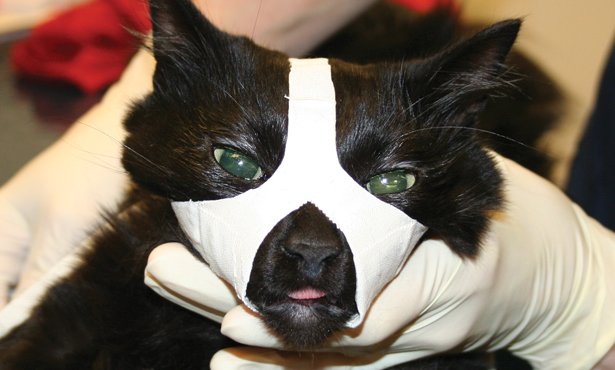 Having represented clients for 20 years in personal injury matters, I would say that this is a first for me and I will be warily eyeing my neighbours’ cats in future! 🙂