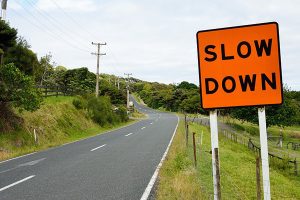 The Garda Siochána will conduct a national Slow Down day with speed enforcement operation for 24 hours from 7am on Friday 24th October.

The initiative is part of a series to try to promote road safety and to reduce the number of accidents on our roads.

The purpose of national slow down day is to alert drivers again to the dangers of speeding and to act as a deterrent to driving at excessive speeds. The Gardaí intend to put a high visibility enforcement activities into place as well as the use of the national and local media. The Gardaí have pointed out that 2013 saw the first increase in road deaths for the first time since 2006 with 190 people losing their lives on Irish roads.

Assistant Garda Commissioner John Twomey seeks support for the initiative and has stated that ‘as a general rule a 1% reduction in average speed will bring about a 4% reduction in fatal collisions’.

In addition to the above, it is intended that Garda personnel will man helpdesks at prominent locations and offer advice on road safety as well as distributing road safety leaflets. Drivers will also be asked to turn on their dipped head lights to show support and increase their visibility. Ireland had historically lagged behind other developed countries in terms of road injury and death rates but matters have improved since then.

Data and best practice policies are increasingly shared and compared amongst countries with bodies such as the World Health Organisation providing co-ordination (see infographic below). 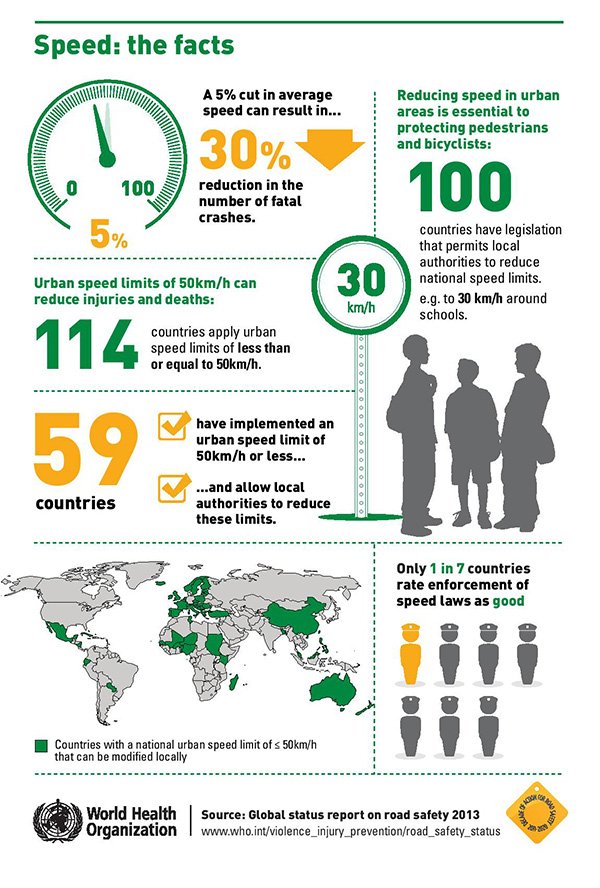