Passenger in car who suffered brain injury has award reduced 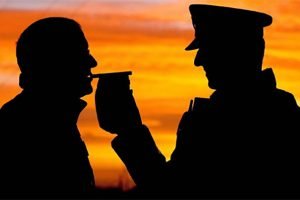 MAN AWARDED €364,000 COMPENSATION FOR BRAIN INJURY SUFFERED IN A DRINK DRIVING CAR CRASH WAS DEEMED TO HAVE BEEN PARTIALLY NEGLIGENT

Michael Tevlin, a 35 year old man was awarded a sum of €364,000.00 by the High Court in what the Court described as a ‘truly horrific’ accident. However, the original award which had been made to Mr Tevlin, was €660,000 but it was reduced by 45% as he was found to be negligent to this extent for getting into a car with a man with whom he had been drinking with and because he was not wearing a seat belt. The accident claimed the lives of three people including a pregnant woman.The driver of the vehicle in which Mr Tevlin was a passenger was later jailed for dangerous driving.

In recent years there has been evidence that more and more drivers are not renewing the insurance on their vehicles. In the High Court alone in 2014 in excess of 250 cases had been brought against the Motor Insurer’s Bureau of Ireland. These included cases where there was no insurance at all on a vehicle or the driving of the vehicle was not covered by insurance (usually in circumstances whereby somebody else other than the named person on the insurance drives the vehicle). Image Credit: Flickr

We have obtained for them the appropriate and just compensation which they are deserving of by bringing actions against not only the drivers of the vehicle (and in some cases the owner of the vehicle as well) but also against the Motor Insurers Bureau of Ireland.

The bringing of claims against the Bureau is under the MIBI Agreement and strict rules apply in relation to taking of such proceedings with can often catch out the unwary.

Contact us at 01-8272888 and our expert panel of solicitors are well placed to advise in relation to such matters.