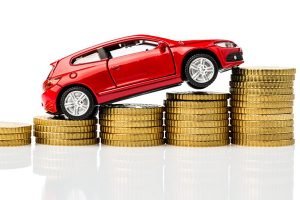 Only days into the New Year and once again news headlines are focused on rising insurance premium costs.

As the real causes of rising car cover costs are at last being laid at the door of the Irish insurance industry itself, it is now time to finally bust some of the myths still being put forward by their PR machine.

Myth #1: “It’s the higher legal costs in Ireland which are causing the rise in premiums”

In Court proceedings, whoever wins the case gets an award of costs in their favour. So, if you win your case, you win your legal costs (well, most of them).

In my own firm (and solicitor firms generally), it is usual practice to assess a claim at the outset and if we deem it unlikely to be successful, we advise our clients not to bring the case and we will not accept a retainer to bring a case that we believe is a clear loser.

We do not believe putting our clients at risk under any circumstances for a case that is likely to be unsuccessful and just result in a needless bill of tens of thousands of euro.

Without proper legal advice, the uninitiated need to be wary, as suing for a case, can cost you more than what the case is worth. Underlying all the advice that we give is our knowledge as to what constitutes a likely successful claim, in other instances accidents are just accidents and there may be no one to blame. (In my own firm’s case, it is knowledge gained from our experience of defending such cases that provides an added insight here).

Myth #2: “Awards for personal injuries are higher in Ireland than across Europe”

It was a perceived crisis around High Court awards of compensation that led to the establishment of the Injuries Board back in 2004. This was on the back of much published pronouncements by the Insurance sector that awards were too high as were associated legal costs. Government concerns at the time reacted by setting up the Injuries Board much to the delight of the insurance industry!

To address this the Book of Quantum was introduced and the Civil Liability and Courts Act 2004 required that the Court in assessing damages in a personal injuries action must have regard to same. This Book of Quantum was updated in 2016 as the same had become outdated as was frequently commented upon by the judiciary.

The rise in premiums now reflects the fact that for the last many years during the recession, people could not afford insurance and stopped buying that insurance which they didn’t have to have e.g. life cover, buildings insurance, public and employers’ liability etc.

Indeed, as the report from the RSA published recently shows thousands have also stopped buying car insurance, even though it is compulsory.

In addition, the insurance companies, like the banks, kind of lost the run of themselves and entered a price war with each trying to outbid the other as to how low a premium they could offer. Two companies in particular felt the brunt of this: Setanta and Enterprise insurance went bust, leaving thousands of motorists stranded.

Myth #3: “Injuries Board assessments of compensation are frequently deemed inadequate and rejected by lawyers just to increase legal costs.”

When the Injuries Board make an Assessment, both sides (the claimant and the defendant) have time allotted to either accept or reject the Assessment. From a review of the Injuries Board 2015 Annual Report, they record that of 11,734 awards made, 6716 were accepted thus being an acceptance rate of approximately 58%, i.e. 42% of Assessments are rejected.

The insurance companies can reject Assessments…and they often do!  They do not have to give reasons, in such event simply a permission issues (called an Authorisation) to allow the case proceed to Court.

Clearly in such instances this is an indicator that liability is likely to be contested if the case proceeds to Court and 9 to 18 months after the accident is very late to commence retrospectively to gather evidence in your case.

This is one of the main reasons why most claimants seek legal advice before proceeding to the Injuries Board i.e. to protect their position and in order that someone is safeguarding them while they go through what is often a lengthy and bureaucratic process.

Clearly there are cases where a claimant rejects the Assessment. This is because it is too low or because ongoing and future suffering or expense have not been considered.

It is generally upon legal advice that the Assessment might be considered too light and that a Court would award a higher amount. It could also be that a claimant’s injuries have not yet settled to the extent that a long-term prognosis as to recovery is available (in which case it would be ill-advised to conclude a case where you cannot yet assess the long-term loss sustained).

Myth #4: “There’s no penalty to not accepting an Award made by the Injuries Board.”

Oh but no, there is! Only yesterday, I heard this mentioned on the radio as an explanation as to why solicitors zealously advise clients to reject an Assessment from the Injuries Board.

However, the improper rejection of an Injuries Board Award is not without risk of serious penalty.

Section 51A of the Personal Injuries Assessment Board (Amendment) Act 2007, provides that where an Assessment is rejected by a claimant (having been accepted by a defendant), and the amount of the Assessment is not exceeded in Court proceedings or an agreed settlement then;

In summation, insurance companies won’t admit that the rising premium is caused by their flawed business model. It’s much easier to blame you!

Would highly recommend.Tony and his team were absolutely brillant dealing with my case.Tony made me feel comfortable from day one, he explained everything to me at all times . Any time I had questions about thing's there was no problem in picking up the phone or sending a email Tony always got back to me and answered my questions.Fantastic service.