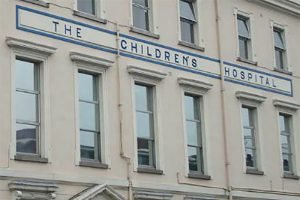 A nine year old girl has had a settlement offer of €76,000 approved by the President of the Circuit Court in a case for personal injury taken against Dublin City Council.

FALLEN GATE CAUSE OF INJURY

Sophie Gannon was compensated for the injuries she received when a gate, which was operated and maintained by Dublin City Council at North Clarence Street Flats, came off its hinges and fell on her. The case had previously been before Judge Raymond Groarke the week before when an offer of €61,000 was deemed not to be sufficient. The court heard that as a result of the accident, Sophie was pinned under the gate and struck her head violently off the ground when she fell. It required the emergency services who arrived on the scene to have the gate lifted off her. She also suffered a fracture of the left leg which has to be operated on under general anaesthetic. She had a deep cut injury to her tight which also has to be operated on. She has been left with a contour deformity on the leg and was noted to have unpleasant scars. Dublin City Council had denied liability for the accident and injuries.

As we have previously posted on, all cases involving children have to go before the court to be ruled. This means that the court has to approve any offer of compensation which is made. This gives the parents or guardians of any child who is bringing a claim some comfort to know that both the lawyers acting on behalf of the child and the court will look after the child’s best interest in assessing how much compensation is appropriate.

In this case a previous offer of compensation of €61,000 was found by the court not to be acceptable.

One of the curiosities of this system is that even if the lawyer representing the child did not believe that the offer of settlement is sufficient, they still do not have the power to reject the offer without first seeking the approval of the court to reject it.

In most cases where the lawyer representing the child (and indeed the parent or guardian who is taking the claim on the child’s behalf) do not think that the award is enough the court will usually agree and send them back to get more or let the case run to a full hearing if necessary. At Carmody Moran Solicitors we have acted for many children (through their parents or guardians) in taking cases where they have suffered injury through no fault of their own. It is important for parents or guardians to get legal advice in relation to how best approach a case and indeed how to bring such offers of settlement or Injuries Board Assessments to the Court.

If you would like further information with regard to child injury claims contact us on 01-8272888 or use the quick enquiry form here.