Can an objection be made to a Wardship application? 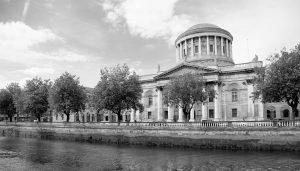 Yes it can and the President of the High Court can hear from the person who it is proposed to make a Ward of Court to find out what their opinion in relation to the application is.

Quite often where the person in question does not have capacity to instruct their own solicitor, the Court can appoint a Guardian Ad Litem who will meet with and discuss the proposals to make that person a Ward and to advise the Court of their opinion.

In addition to this, the President of the High Court will generally direct that a “medical visitor”, usually a psychiatrist, is to meet with the proposed Ward and to give their opinion to the Court as to whether or not in that doctor’s opinion the proposed Ward meets the criteria to be brought into wardship.  This is sometimes known as the “President’s Visitor”.

Can an Order for Wardship be removed?

Again yes it can.  At any point the Ward, or somebody acting on their behalf, can apply to the Court to have the Wardship Order lifted.  This is more common than one would first think. Certain people can be under a temporary incapacity, for instance if they were suffering from a short term mental illness or incapacitated for some other reason.  For instance, if somebody requires medical assistance but are declining to consent to it because of a temporary mental illness which may be caused by the physical illness, then a hospital or a locum can apply to the Courts to make them a Ward and once the procedure is carried out, the Wardship can then be vacated.

At Carmody Moran Solicitors, we have represented both people who are seeking to have persons made a Ward of Court and indeed have represented proposed Wards themselves.  The partners in Carmody Moran Solicitors have significant experience of working with individuals of varying degrees of legal capacity and medical capacity and exploring legal capacity generally. In addition, Anthony Carmody as acted as a Guardian at Litem appointed by the President of the High Court to advise the High Court as to which if any proposed Ward.