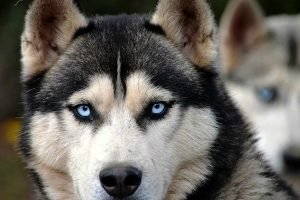 A personal injury claim for a husky dog attack on a girl aged fifteen has been settled for €18,700.

The claim was brought by the mother of the child and Carmody Moran acted on behalf of the plaintiff to secure compensation. The injuries were caused when a husky dog which was on a lead bit her on the arm and scratched her face resulting in wounds necessitating tetanus injections and leaving some scarring.

Dog Bites on the rise in Ireland

Despite the introduction of the Control of Dogs Act 1998 the incidence of recorded dog bites increased by over 20% in just a matter of fifteen years thereafter and that even takes account of the human population increase!

The 1998 Act imposed stricter rules for handling certain breeds of dogs in public spaces including muzzling and mandatory use a strong lead controlled by a person over sixteen years of age – among other measures.

The restricted breeds in question are;

Whilst breeds such as huskies (notwithstanding some ‘working dog’ breeds can be less socialised) are not included in the restricted breeds list, owners of all dogs are still responsible for keeping their animals under ‘effective control’ by law.

The reason why dog bites on people are on the increase is a matter of some debate with some dog owner groups advocating a ‘deed not breed’ approach instead and maintaining that it is responsible owner care rather than the animal type which should be the key consideration.

Children more likely to be bitten

Many if not most of the dog bite injury claim enquiries that this firm receives do involve a minor i.e. a child under eighteen.

Children in Ireland are three to five times more likely to be attacked than adults.

This is for a number of reasons including naivete in how a very young child might interact with an unfamiliar animal but also because dogs perceive them (correctly) as weaker than fully grown adults and ergo not a retaliatory threat to their aggression.

This does not lessen the degree of responsibility (or indeed potential liability) that a dog controller/owner has in maintaining ‘effective control’.

As a consequence of the increasing incidence of dog attacks there have been a number of personal injury actions being taken by parents/guardians as ‘next friend’ i.e. on behalf of the child victim (we wrote recently about a particularly horrific attack by a rottweiler which resulted in €150,000 compensation).

As with the case here, payouts for child injury claims are usually lodged to a court account until the compensated party reaches the age of eighteen (although some funds can be accessed prior to that in certain circumstances on request to the court).

Carmody Moran Solicitors have a depth of experience in such claims and in handling them in a sensitive and professional manner while protecting the interests of the claimant (by way of the other parent or guardian acting in the interests of their child and to take action to secure a just outcome to protect their future).

To arrange a preliminary consultation, phone us on (01)8272888 or use our contact form here.