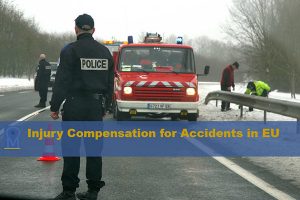 At this time of year, a lot of people contact us about accidents that they have had when they were on holiday abroad and in particular with regards to car accidents.

We have all been in the situation whereby we have had near misses on roadways and road networks which we are not familiar with; slowing down to try and find whether the satnav wants you to take this right here or the right that is ten meters further on, only to find a large lorry or bus bearing down on us from behind!

Compensation rules for accidents outside Ireland

If you are unlucky enough to be involved in a car accident outside Ireland you may think that there is very little that you can do about it. If you have had an accident which is not your own fault, you have received an injury, or you have suffered some other form of loss in a foreign country where you do not live and perhaps do not speak the language fluently or at all, and you are completely unfamiliar with the rules that apply to seeking compensation in that country, there is help available! It was precisely because of issues like this that a number of years ago the European Union brought in the Fourth Motor Insurance Directive (which has since been amended a couple of times).  What this European legislation allows you to do is that where you are resident in one EU state and you have a road traffic accident which is not your fault in another EU state, you can take a claim for compensation in your own country…simple! This is of great benefit to Irish people who tend to holiday abroad and who are in love with the ferry to France or with the fly drive to Spain or wherever else, including the United Kingdom for the time being! By allowing you to take a claim in your own country, you can use a solicitor who can be recommended to you, and who is familiar with the procedures under the Fourth Motor Insurance Directive. We have helped dozens of people recently who have been in this situation.

The EU law in question is quite a technical piece of legislation and, while the case for compensation is brought in Ireland it is not taken under Irish law but under the law of the country in which you had the accident. But because it is processed through the Irish Courts it means that you can have confidence that the matter will be brought to its conclusion as quickly as possible and in a situation whereby the language at the very least will be familiar to you.

If you have been involved in a road traffic accident abroad which is not your fault, whether that be as a driver or indeed as a passenger in a hire vehicle, your own vehicle or indeed a public service vehicle, please contact us here and we will be able to help you in taking an action to compensate you for your personal injury, your loss, and your damage.