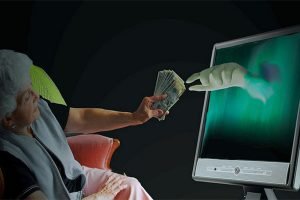 A Dundalk based GP, Dr Seamus Cassidy, has pleaded guilty in Newry Crown Court to being among three conspirators involved in the faking of a will of a publican, Kitty Haughey, who died in 2004 at the age of 81.

For his part in the conspiracy Dr. Cassidy was given an 18 month suspended sentence. It has been reported that in her will dated April 2003, Kitty Haughey had left her pub and cash assets to charities whilst giving a small amount of cash to her friend and to her godson.

However a subsequent forged will subsequently came to light wherein the will directed a bequest away from the charitable organisations to people who were described in Court as being ‘in the business of becoming millionaires’.

Dr Cassidy also involved, without her knowledge, another GP in the conspiracy as well as a Dundalk firm of solicitors again without that firm’s knowledge.

There have been a number of high profile cases in recent years regarding the forging of Wills especially in relation to elderly people who have large assets. Only for the quick thinking of one of the original beneficiaries to the Will, it is possible that this conspiracy may never have come to light. Probate litigation is an unfortunate but not uncommon feature following a person’s death and therefore it is important when making a will to ensure that you advise people of the fact that the will is being made and where the will is kept. In doing so, it can help not only alleviate problems in relation to your loved ones carrying out your wishes, but also to help avoid fraud such as forged wills like this case. Image Credit: Flickr

Probate litigation is sometimes necessary and we at Carmody Moran have both the experience and expertise to advise both in relation to the making of the wills and the unfortunate issues which can arise from distributing an estate.