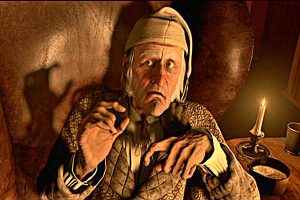 This is an excellent article written by the Indo’s Charlie Weston which throws cold water on the PR nonsense adopted by insurance companies’ attempts to persuade us to believe that it has been impossible for them to make money in this country due to rising claims costs.

Mr. Weston has clearly investigated the matter – beyond the headlines and press releases which many other media outlets have merely accepted as truth.

Insurance company profits have rocketed by 1,300% and this during a time when the country was wracked by recession for almost a decade. This is nothing short of scandalous.

The insurance companies would like you to believe that there is an endemic (if not systemic) compensation culture in Ireland and that there are overly high compensation payments to people who have been injured in accidents through no fault of their own.

If you believe this hype, then every person who takes a personal injury case is on some form of fraudulent mission to take money not only from the insurance companies, but from each and every one of us.

As the fake news story goes this leads to increased premiums which each of us are paying for motor, house and public/employer liability insurance etc.

I have always had my issues with the insurance industry’s PR stance.

Having spent the first ten years of my career as a defence lawyer acting on their behalf, I was often astounded by the fact that even in cases where there was a good defence of a claim they would rather pay out because it was quicker and easier to do so. This attitude came back to bite them in the last few years.

They are making a scapegoat of claimants in an effort not to go out of business as they would have us believe, but rather to continue their profiteering.

Insurers are in business not to protect insured people but to make profits – and in itself that’s fair enough perhaps.

They make profits from high premiums and low pay-outs. I can well recall when I worked as a claims defence lawyer, the first thing that we were usually asked to look at was not whether it was a good or bad claim but rather if there were any way that the insurer could get out from having to pay anything at all to the policy holder – in other words was there a loophole!

The new get-out loophole for these guys is is trying to convince us all that personal injury is somehow a fraud and that the Irish system pays out too much money by way of compensation.

While there may be some argument to be made that compensation levels here are high when compared to the UK, I really do not see why we need to benchmark ourselves to the UK.

Ireland compensation levels vs other jurisdictions

Irish compensation levels are still in the ha’penny place when compared to the United States and not an outlier when compared to a country like Spain which runs off a 240 page document called the Baremo.

I have had cause to look at the Baremo in some detail and get expert opinions on it as part of my work of getting compensation for people who have been injured abroad in road traffic accidents in that country but who reside in Ireland.

The truth of the matter is is that in the fourteen years years of practicing as a self-employed solicitor acting for people who have been injured in accident, I think I have only come across two cases where I thought there might be a fraud involved and in both those cases I refused to act.

Hopefully other media outlets (in particular RTE who seems to be nothing more than a post box for the insurance industry PR) will follow Charlie Weston’s example and start delivering a balanced approach and looking beyond the industry’s self-serving guff.