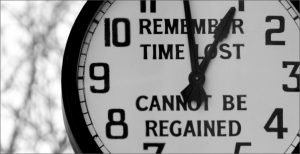 Time waits for no man…or child. In law there is a concept known as the Statute of Limitations – lawyers refer to this as ‘the Statute’.

Essentially various time limits are put on various legal heads of claim within which time a claimant must take action or his claim will automatically fail.

When a case fails because the time limit has passed, it is said to be statute-barred.

A lawyer permitting a case upon which they are instructed which is subsequently deemed to be statute-barred can be found professionally negligent, such are the serious implications and gravity of missing ‘the Statute’.

In a variety of cases for children, but crucially not all, the Statute does not commence until the child reaches the age of majority i.e. eighteen.

One important exception to this, is relief pursuant to s.117 the Succession Act, 1965 where a child (ordinarily an adult child) is making a claim against the estate of their deceased mother or father on the basis that they were not properly provided for during their lifetime by their parent.

While a claim by a beneficiary against the estate of a deceased on the basis of fraud has a statute of 6 years by virtue of s.126 of the Succession Act, a claim pursuant to s.117 (for inadequate provision by a parent towards a child in their will) has a very short timeframe within which action must be taken or it will become statute-barred.

We have acted in a variety of these cases and the time limit is extremely short – it is six months from the date of issue of the Grant of Probate.

For a bereaved child (or indeed parent or guardian of a child) to have to swiftly take legal action while still in grief the prospect of legal action is daunting and often feared to appear to be mercenary, yet the Statute remains and must be addressed.

In this modern era of family life, family structures differ to those of yesteryear (or indeed perhaps they don’t differ much at all) but society’s acceptance of them is more open.

We have noticed an increasing number of persons who are single parents coming forward to take action on behalf of their children whose other parent has passed away without leaving provision for their child.

Sometimes this arises in the shape of blended families or second families or indeed lone parent families.  Either way, one shouldn’t delay if affected but should seek immediate advice as time can otherwise pass beneath ones feet if not addressed.

A 2017 Law Reform Commission Report on this specific provision of the Succession Act relating to claims by children against the estate of their parents for a claim that a parent did not make adequate or any provision for a child in their will.

The report found that the law should take account of changing family relationships and demographic changes since the Succession Act 1965 was enacted.

Important social changes since the 1960’s have included the recognition of equal rights for all children in succession law and the introduction of divorce, which has meant that applications under section 117 often now involve more complex family settings.

The law has adapted in practice to deal with claims brought in such scenarios even to cases where proof of parentage has to be established post-death in situations where a parent (such as a father) is not on the birth certificate nor has had an involvement in the child’s welfare or upbringing.

It is possible to bring such cases and the law in practice has adapted so infant (as well as adult) children in a variety of circumstances can take action to secure a just outcome and protect their future.

To arrange a preliminary consultation, phone us on (01)8272888 or use our contact form here.